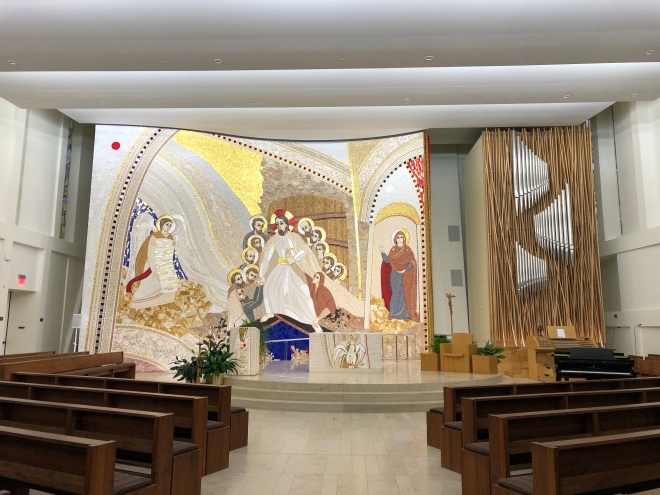 This has been one of *those* weeks. You know the type when absolutely nothing goes the way you planned. Monday morning started out with me tripping up the stone steps of the back porch whilst juggling the morning Dunkin run (my tea, mom’s coffee and doughnut) and managing to save the combined 24 ounces of very hot liquid for the price of a couple of colorfully bruised shins. Tuesday and Wednesday weren’t much better. Thursday started at 5 AM, making PowerPoint slides for a group presentation – have I ever mentioned how much I detest group presentations? – followed by Dunkin royally screwing up my order. I got home with mom’s coffee and doughnut but instead of my simple black tea (hot water, tea bag – not hard), I had a medium coffee with 6 creams and 7 sugars. Yes – you read that right – 7 sugars. And because I was already running late and caffeine is a thing necessary for functioning during short-handed busy seasons at work, I drank it anyway and was twitchy most of the day. After work, I had to drop my younger son to the bus for his after-school mentor program and remind my older son that he was in charge of picking his kid brother up later. That gave me about an hour at home to sit down and contemplate whether or not I really, really wanted to drive down to the university in rush hour traffic, in the dark, on a cold, raw, drizzly November evening when I did not have to be in class. And here’s the thing – that was a long hour. I came up with a laundry list of excellent reasons to stay home. Top on the list was that I was already exhausted and I had to present in class on Friday morning. But Sr. Helen Prejean was speaking at Sacred Heart and I have admired her work against the death penalty since I was a teenager. How many chances was I going to get to see her speak in person?So I dragged my sorry self off the couch earlier than I needed to because I figured it would be better to sit and wait in the chapel than to hang out at home, thinking up excuses to change into pjs and stay home all cozy and warm. Inertia is, after all, a dangerous thing.

My efforts were rewarded with a half an hour in an empty, quiet chapel – a rare luxury these days – interrupted only by a pair of texts assuring me that my sons had managed to connect with each other and arrive home in one piece. The crowd and Sr. Helen arrived soon enough.

I was blown away by the energy and humor of this feisty 80-year old nun from Louisiana. She spoke about her new memoir – now neatly added to the stack of books I Will Not Touch Until After Finals, So Help Me God – and about how she came to find herself sitting in the death chamber on the night of the first execution she witnessed. Before Vatican II, she said, following the will of God was found in obedience to your superiors. There was no independent thought involved. But after Vatican II, in the midst of all the changes within her order, she found herself trying out a number of different ministries. She soon found herself working in a literacy center in a poor, urban area. And it was as she was leaving the center one afternoon that she encountered Sneaky Jesus. She was invited to write a letter to an inmate on death row. She said that seemingly innocuous invitation was the way Sneaky Jesus flipped her whole life upside down and she found out that doing the will of God sometimes means being in over your head and learning things as you muddle your way through. Honestly, I have heard Jesus depicted in so many ways by so many different people over the years but none of those descriptions made me really sit up and say, “Hey – I know that guy!” – until now.

I think you should come to the Week Guided Prayer.

you want to come to the healing Mass with us?

you want to be part of this discipleship group working on how to live out your God-given strengths?

you want to teach kids in the school how to keep a spiritual journal?

you’re going to be a Eucharistic minister tonight. Yeah, I know you aren’t trained.

you want to come over and watch this documentary, Pink Smoke Over The Vatican?

you want to come over for dinner and liturgy with this lady priest?

well, what’s stopping you from going back to school?

I think you need a silent retreat.

We’re going to pack bags of food and sort coats. You want to come along?”

All these small, simple invitations that have turned into so much more than I ever expected. And those are only some of the ones that came through other people. Sneaky Jesus shows up in all kinds of other ways, always when I least expect it.

I had the chance to have Sr. Helen sign my copy of her memoir and she looked up at me like she’d known me my whole life and asked me, “So what are you up to these days?”  When I told her, she smiled like she’d already known the answer and nodded, saying “Sounds like you’re on the right track.” I told her I knew this Sneaky Jesus guy she was talking about and she laughed and said, “Yeah – I kinda figured you did.”

I stepped out of that university chapel into the cold rain and walked back to my car, physically still exhausted but revived in spirit. I’ve spent the last five years in over my head and muddling through and somehow, all along the way Sneaky Jesus has managed to get me right where I needed to be, right when I needed to be there.

I survived my crazy week. I made my very last presentation at Sacred Heart on Friday. I have 3 weeks left of actual classes, then finals, and then finally, I will have achieved the impossible. At least until the next leap of faith…