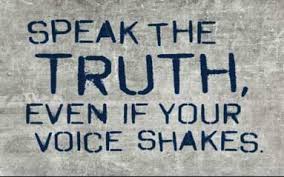 In today’s gospel, Jesus tells his disciples how to settle their disputes. Jesus explains that they are to deal with conflicts between two parties and, if that does not work, then to address it openly in the company of others. The final step is to bring it to the church.

I’ve written many times on this blog about domestic abuse and how it has impacted my life. I’ve written about how it has affected my relationship with my former Catholic parish. I’ve called out the Catholic Church’s lack of response to domestic abuse. While the Catholic Church doesn’t openly condone domestic abuse, it doesn’t openly work to end it either. Imagine if the efforts to end domestic abuse rivaled that of the efforts to end abortion. And I’ve pointed out the missed opportunities that the Church has had to be supportive of empowering women in general. For a recap, you can read Accountability, Reading the Synod, Life Reclaimed, Love In The Ashes or Morning After Reaction: Like A Girl.

So great, we all know I have a big mouth and a small but loyal readership. Is the leadership of the Catholic Church really knocking themselves out to see what I have to say? I somehow doubt it. So I did what Jesus told me to do. I brought it to the Church directly. Speaking truth to power, I took it directly to the bishop in the form of a letter that I fully expected to go unanswered. When his secretary called me ten days later and told me he wanted to meet with me, I almost keeled over.

Between my own experiences and some of the research I had done over the last semester, I had learned precisely how unprepared the parish priests are to deal with domestic abuse situations. There is no training on domestic abuse or the cycle of violence – none at all – not in seminary and not beyond that. And yet, they’re responsible for preparing couples for marriage and counseling those whose marriages run into difficulty. There’s a USCCB document about domestic abuse that offers some thoughts on the subject but most of the priests I’ve talked to don’t even know it exists. This lack of training is precisely what I called out in my letter to the bishop.

I requested that the Church begin addressing a number of things on a parish level.

I spent nearly an hour with the bishop going over where things fall far short of what is needed, both in general and in my specific situation. We talked about solutions, including the way the Lutheran churches handle situations where the abuser and victim are in the same parish. Ultimately, he promised me that he would address this with all the priests of the diocese at the convocation of priests and they will work to find ways to address each of the concerns that I raised, including some form of accountability for abusers.

And so now I have brought the issue to the Church. I have done what is within my power to do and it is now out of my hands. I will be watching closely to see what happens. I’ve made a conscious effort to keep my jadedness in check and to take this one bishop in this one diocese at his word. Seeing the Church, even on a local level, finally address the issue of domestic abuse would bring a great deal of healing to survivors like myself.