I did something crazy last weekend. I buried my old boots. I made my annual trek to Cape Cod and The Prayer Boots came along for one last walk down the beach.

Those worn out old boots were a physical reminder of who I had been when I started walking with God and letting go of them was also a way of letting go of those perceptions of myself that I had carried on my journey up to this point. That was much harder than I expected but it was time to finally put to rest the worn out illusions I had about myself and about God. I couldn’t embrace what is right in front of me until I could put down what I was carrying so protectively.

To do that meant letting my guard down. For the first time, my kids came with me to Cape Cod and so they were in a space I have jealously reserved as space for me to be alone with God. Understand that it is exceptionally hard for me to let people close to me really see me being, well… me. It’s honestly easier to be myself in a room full of people I don’t know than it is with the people who see me everyday. Because while I’ve changed over the years, people’s perceptions of me have not always kept pace. Thus, to let my boys witness me bury an old part of myself in a spot that only God and I understand was a whole new level of vulnerability. But there we were on Saturday morning, as I walked a mile or so down Head of the Meadows Beach with the boots tucked under my arm, dug a grave and buried them in not-so-random spot and, all the while, my teenage sons offered their commentary.

“Mom, you’re not seriously going to do this…?”

And yet, despite their banter, one helped me dig and the other found a piece of driftwood for a head stone. They knew this was important to me and they accepted it as such even if they didn’t totally understand it. I had made it as clear as humanly possible that my time on the Cape is sacred to me and allowing them to be a part of that was a big deal. I’m not sure that totally registered for either of them until that moment when I put the boots down and started digging.

They were very good about giving me quiet space in the evenings to read. Knowing I had five nights to read as late as I wanted, I had brought two books with me to the Cape: Lies We Believe About God by William Paul Young and Doing the Truth in Love by Michael Himes. The latter was assigned while the former was not. As it turned out, both were important.

Himes talks about the sacramental nature of everyday life. Anything which allows us to become aware of God’s omnipresent grace is a sacrament. I couldn’t throw away those boots like everyday trash, because to me (and surely no one else) they were part of many a sacramental encounter.

Young talks about so many things but the one that deeply touched me was that God is never disappointed in me simply because God never had any expectations that I would be any different than I actually am. God knows who I am and what makes me tick better than I do so of course God doesn’t expect me to be something other than me. The one with the impossible expectations is me, not God.

On a gut level, I already knew these things to be true but to see them printed in black and white was an affirmation that I needed. There seems to be a lot of these little affirmations the last few weeks. Learning to trust my gut has become a theme of Lent this year for me. I’m rolling with things I don’t totally understand on an intellectual level because on a gut level I’m trusting that God knows what God’s doing and that God knows how to deal with me being me so I can stop apologizing for being the weird and sappy nerd that I am. 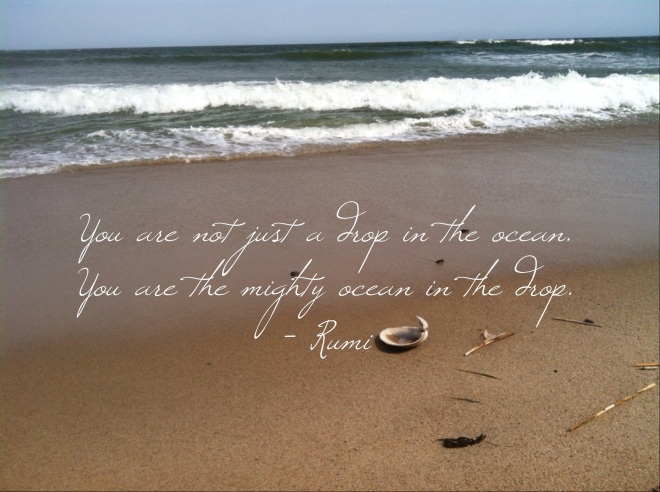