October is Domestic Violence Awareness Month. ELCA’s presiding bishop, Rev. Elizabeth Eaton, released a video calling on people find their voice and to use their voice to make a difference. She pointed congregants and pastors alike to the ELCA Social Message on Gender Based Violence, an open, honest and pragmatic seventeen page document intended to shape the way communities address these situations. I wish I could say the same about the Catholic bishops but here we are mid-month and I have yet to see any sort of statement from them. Although I did notice there was plenty to say about who was in and who was out when Pope Francis named the new cardinals. Now, don’t get me wrong. The US bishops do have a statement about domestic violence. It dates back to 2002 and it’s on their website, if you go looking for it.

There’s been a lot of talk recently about Donald Trump’s “locker room talk” and his bragging about forcing himself on women just because he can. There’s been a lot of talk that Bill Clinton’s behavior was no better. There was Michelle Obama’s speech in New Hampshire where she talked about what it’s like to be woman in a world when some men feel like this behavior is acceptable. So clearly, everybody is talking about respecting women, demeaning women, what constitutes sexual assault, why consent matters and defining rape culture. And I have to wonder, with this topic of violence against women so high on the national radar, why is it that the my Catholic bishop is silent, despite having an active and engaging social media account and an existing church document to point to? And why is it that my Lutheran bishop has not only pointed to an existing church document but also taken the time to create a short video for social media specifically to highlight it? Is it simply because 49% of those ordained in the ELCA are women? And perhaps having women’s voices at all levels changes the way a church approaches ministry? Could it be that having an all-male clergy colors the way violence against women is perceived and dealt with in the Catholic Church? I want to say no. I really, really want to say no. But my experiences say otherwise.

What are you waiting for? God knows we all need to hear it. 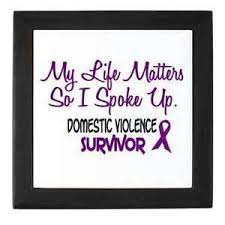 One thought on “Find Your Voice”