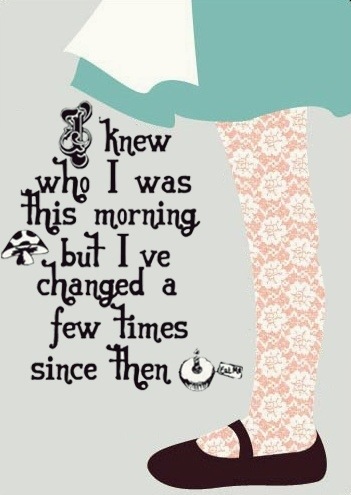 Once upon a time, I was inspired to start writing a story, an allegory really. It took a few twists and turns that I hadn’t expected. I’ve written a lot of stuff over the years and this proved to be the hardest thing I’d ever written. I kept trying to force the story in a different direction but it refused to cooperate. Trying to mold this story was like trying to sculpt water. Sounds crazy doesn’t it? It was exasperating but Deacon Ron, my spiritual director, suspected there was more to this so he pushed me to follow it to the end and find out where it led. The result was the short story My Ride. On the surface, it was a fictional face-to-face encounter with the evil voice in my character’s head that I dubbed the Gremlin and some guy who may or may not be Jesus. Underneath it all, it was face-to-face encounter with the evil Gremlin in my own pretty little head and some guy that I know is Jesus.

Well that was a long time ago. Things change. I’ve changed. I haven’t looked at that story in a long time, say three years ago when I published it. So out of nowhere, it came up in conversation last month. Deacon Ron loves to read as much as I do and he started telling me he’d read Paulo Cohelo’s The Pilgrimage. The main character has to name and talk to his own personal devil as well as his personal angel. That had reminded him of my crazy little tale.

That left me intrigued enough to download The Pilgrimage and to reread My Ride. At first, I was a little smug, thinking how far I’d come since 2009. The Gremlin isn’t so much of a dominant force anymore. I know who Jesus is and we’re cool. Right? Umm…well…maybe. Cue Gremlin snickering. Okay fine. So I have a few issues with Jesus at the moment. What else is new? I put myself into that face-to-face with the Biker Jesus I’m most comfortable with and I unloaded on him. I ranted and I raved about needing a few words of reassurance in the midst of all the craziness. But no. I get the old widow scraping the bottom of her flour jar.

“With all the passages of being shield, protector, defender, cups running over, don’t be afraid, I’m always with you, blah blah blah, WHY THAT ONE?!” Yes, I actually blah, blah, blahed Jesus.

Calm as ever, he looked me in the eye and asked, “If I’d pointed you to any one of those, would you have believed it?”

Now what? I don’t know. I’m all out of fight and this conversation is obviously far from over. Meanwhile, the flour jar hasn’t run out.

One thought on “No. Now what?”