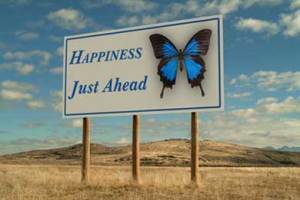 Men aren’t the only ones who hate to admit they’re lost and don’t want to stop for directions or to consult the map in the glovebox. I often find myself praying for direction. I need the Lord’s help in navigating the twists and turns of my sometimes stormy life. The problem is when I pray for direction, I get it. Now don’t get me wrong, that is a very good thing. God doesn’t leave me standing on the roadside in the dark of night wondering where I’m supposed to be going.

What gets me into trouble most often is that the paths that God asks me to take are not always the ones I want to take. Think Psalm 23 and the whole valley of the shadow of death idea. I’m good with green pastures, restful waters, my cup running over and dwelling in the house of the Lord forever. I can do without the valley and stopping for dinner with my enemies all around me. I’d rather sit comfortably in the house and have a nice relaxing dinner with the Lord, leaving the enemies outside in the valley of the shadow of death.

I have a hard time accepting that while I am in control of my actions, I am not in control of the world around me. I would like to think I know exactly what God has planned out for the rest of my life. God certainly has planned the trip, but like the maddening dashboard GPS, He only calls out one navigational step at a time. Then when I deviate from the plan, which is fairly often, He has to give me directions to get back on track again. In the end, the one moving forwards, backwards, or even going around in circles, is me. Free will is wonderful but it will absolutely get me lost when I start thinking I know a shortcut that is better than God’s path for me.

I have found one thing to be true: whenever God calls out direction change, He has already given me everything I need to make the change. In other words, He prepares me before He sends me forth into something new. Now if I could just learn to trust in that, maybe I could spend less time going around circles trying to figure out the way forward.

I keep asking for the map that God is holding which shows the whole path for my life but then there would be no mystery to life. How could I learn from my wrong turns if I never made them? How could I enjoy the surprises God has in store for me if I knew what was coming? Let’s face it, the surprises are all the fun in life.

Besides, God knows me well enough to know if He gave me the map, I’d probably just lose it anyway.